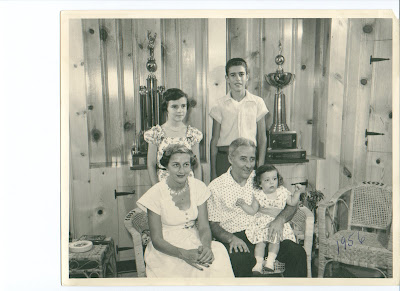 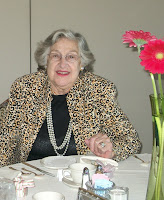 Flora Mosconi, the widow of Willie Mosconi and a woman credited with bringing love, warmth and stability to the pool legend's family during his years on the road, has passed away after a long illness. She was 87.

Mrs. Mosconi, formerly Flora Marchini, met Willie in 1952 and they were married a year later. They lived out most of their years at a home in Haddonfield, New Jersey, not far from where Mrs. Mosconi passed away March 25 in hospice care.

Her husband, who was among the finest pool players in U.S. history, spent long months away from home as he participated in tournaments and promotional activities. Flora accompanied him on many of these trips, but also ran the household in his absence.

She became a mother for Mosconi's two children from a previous marriage, William, Jr. and Candace. The Mosconis also had a child of their own, Gloria, who died of breast cancer about a decade ago.

Flora was introduced to Mr. Mosconi by a co-worker, who happened to be Mr. Mosconi's cousin. Quoted in The Hustler & The Champ, a Mosconi biography, Flora Mosconi recalled that she was just 19 years old when she first set eyes on the world champion. "Well, you know, I worked at the telephone company with his cousin, and she asked me one day to go out on a double date,” she said. “You know, I never heard of Willie Mosconi, never heard of billiards -- and she wants me to go out with Willie Mosconi. She says, ‘He’s divorced and has two kids,’ and I said, ‘No, thanks! I don’t want a man with kids.’”

But after the first date, the future Ms. Mosconi was smitten. “I knew right away, I mean—I knew. And when I got home, my brother was asleep, and I woke him up, and I said, ‘Guess what? I’m going to marry Willie Mosconi!’”

Quoted in the same biography, William Mosconi, Jr. recalled the warmth that his new stepmother brought to their home. Prior to her arrival on the scene, William and Candace had been shuttled between various homes during their father's long absences. But Flora Mosconi brought the family together, said William, Jr..

“He (my father) was gone a lot for more than ten years -- even when I went through high school -- and [Flora] raised us up through high school,” said William, Jr. “(My father) wasn’t here. For six years he wasn’t home at all, except during the summer because they didn’t have air conditioning, and so he didn’t play pool then. ... [But Flora] made a home for him. ... At the end of his life he said she made all our lives as good as they could be. She created a home, which we never would have had."

William Mosconi, Jr. said that his stepmother, a life-long smoker, had become increasingly frail in recent months, especially after a fall around Thanksgiving. She is survived by the two stepchildren, five grand children and two great grand children. Willie Mosconi, winner of 15 world championships and holder of the official high run record in straight pool, died in 1993.